HOW TO REACH The Holy City of Lord Bhagwan Shankar Mahakal, Ujjain

Via Indore – Devi Ahilyabai Holkar Airport (IDR) at Indore is the nearest airport to Ujjain, 55 km away. Indore is connected to major cities in India by air. It has direct air connectivity with New Delhi, Mumbai, Bhopal, Pune, Hyderabad, Nagpur, Raipur and Ahmedabad. Taxi services are available to reach The Holy City of Lord  Bhagwan Shankar Mahakal, Ujjain from Indore airport.

Via Bhopal – Raja Bhoj Airport (BHO) at Bhopal is 172 km away from Ujjain. Bhopal has daily flights to and from New Delhi and Mumbai.

Shri Chintaman Ganesh Temple
The temple is built across the Shipra on the Fatehabad railway line. The Ganesh idol and enshrined here is supposed to be swayambhu – born of itself. The temple itself is believed to be of considerable antiquity. Riddhi and Siddhi, the consorts of Ganesha, are seated on either side of Ganesha. The artistically carved pillars in the assembly hall date back to the Parmar period. Worshippers throng to this temple because the deity here is traditionally known as Chintaharan Ganesh meaning “the assurer of freedom from worldly anxieties”.

Shri Mahakaleshwar Temple
The presiding deity of time, Shiva, in all his splendour reigns eternal in Ujjain. The temple of Mahakaleshwar, its shikhara soaring into the skies, evokes primordial awe and reverence with its majesty. The Mahakal dominates the life of The Holy City of Lord  Bhagwan Shankar Mahakal, Ujjain and its people, even in the midst of the busy routine of modern preoccupations, and provides an unbreakable link with past traditions….
{The temple is three-storeyed. In the lowest middle and uppermost parts are respectively installed the lingams of Mahakalesvara, Omkareshwar and Nagachandresvara.The pilgrims and the visitors can only have the glimpse of Nagachandresvara on the festive of Naga Panchami. A very large-sized Kunda named Koti Tirtha also exists in the temple-complex. The Kunda is built in the sarvatobhadra style. The Kunda and its water both are treated as very celestial. On the path adjoining the stairs of the Kunda, may be seen many images representing the sculptural grandeur of the temple built during the Paramara period. In the east of the Kunda is a large-sized Veranda in which there is the entrance to the path leading to the garbhagrha. In the northern side of the verandah, in a cell, the images of Sri Rama and goddess Avantika are worshipped. In the southern side of the main shrine, there stand many small Saivite temples built during the shinde regime among these the temple of Vrddha Mahakalesvara, Anadi Kalpesvara and Saptarshi are prominent and are the remarkable pieces of architecture.
The lingam of Mahakalesvara is colossus. The silver plated Naga Jaladhari and the inscribed and esoteric silver-plate covering the roof of the garbhagrha add extra grandeur to the shrine. Besides Jyotirlinga, attractive and small-sized images of Ganesa, Kartikeya and Paravati can be seen in the garbhagrha. All around the walls classical eulogies in the praise of Lord Siva are exhibited. The Nanda Dipa always remains lit. In the exit-path, there is a wide hall in which a most attractive metal quoted stone Nandi, in the sitting humble pose may be witnessed. The courtyard just opposite to the Omkaresvara temple add much to the magnanimity of the temple-complex. Just adjoining to this temple, there are two pillared projections facing the east and adding a lot to the architecture of the temple. The temple of Mahakalesvara is a planned admixture of the Bhumija, Chalukya and Maratha styles of architecture. The sikhara with the mini-srngas is very peculiar. In previous years its upper part has been covered with gold plate.As seen earlier, the present temple of Mahakala was built during the 4th – 5th decades of Eighteenth c. Simultaneously the religious-minded nobles of Maratha community also built many a temples in the temple-complex. During this period many ancient traditions such as worship abhisheka, arati, sawari (procession) in the Sravana month, Harihara-milana etc, were also revived. These are still continuing with joyful ceremony and devotional enthusiasm.
The Bhasmarti in early morning, Mahasivaratri, Pancha-Krosi Yatra, Somvati Amavasya etc. are special religious occasions interwoven with the rituals of the temple. Proper repairs and rejuvenation of the temple-complex is done at the time of the Kumbha Parva. In the year 1980, a separate mandapam was constructed to facilitate the visitors. In 1992, Madhya Pradesh Government and The Holy City of Lord  Bhagwan Shankar Mahakal, Ujjain Development Authority exclusively contributed special repairs and made provisions for the stay of pilgrims. The same process is also being followed at the time of the forthcoming Simhastha. } 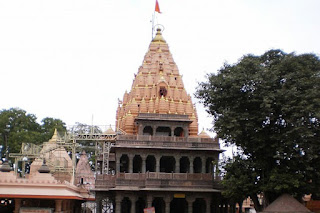 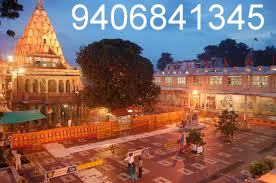 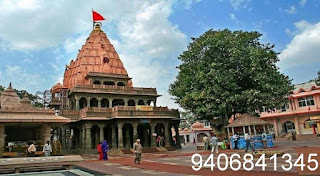 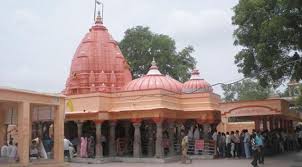 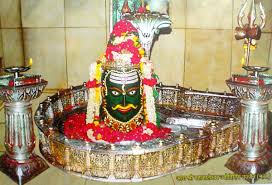 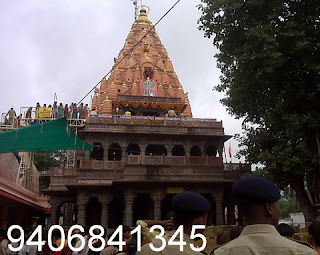 Email ThisBlogThis!Share to TwitterShare to FacebookShare to Pinterest
Labels: HOW TO REACH The Holy City of Lord Bhagwan Shankar Mahakal, Ujjain